We record and rehearse in our studio, affectionately known as The Vault. All recording is on a Pro Tools LE system through an apple mac G5. The majority of microphones are the good old reliable Shure SM57’s run through JLM Audio TMP-8 and SM Pro Audio EP48 mic pre-amps. We mostly use a Rode NTK condenser mic for vox. If you have further queries on the bands recording techniques or just want to drop a line click here! 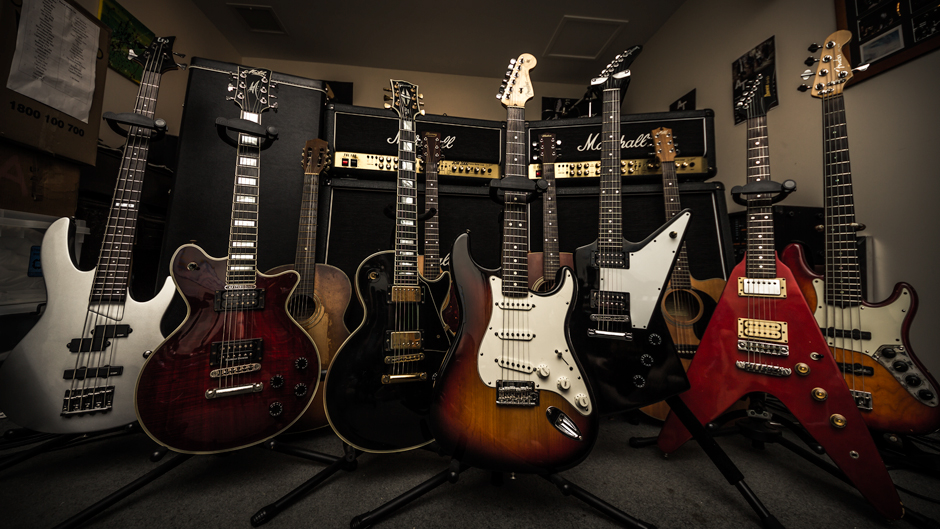